I have as much of a geek crush on Apple's hardware as the next guy, but man does their software for Windows blow.

The below is, of course, just a minor bug - a larger complaint is that Apple tries to shove Safari down my throat every week.  I finally just let it install it - now it wants to update, though I've never used it, nor am I likely to ever do.

How about this for a strategy, Apple?  If you want to win converts to Apple, create BETTER software than is available on Windows.

OLPC: The Brouhaha over XP on the XO

The One Laptop Per Child foundation has done some amazing work towards the goal of providing a ubiquitous $100 laptop targeted towards education for (3rd world) children.

Lately, however there has been some upheaval within the organization, following many leaked reports that the XO OS Sugar may be transplanted by some scaled down version of Windows (presumably XP).

Frankly, I don't understand why the OLPC volunteers are getting their panties in such a wad - as I comment here:

I'm curious as to why Windows on the XO is somehow considered as inhibiting the learning value of the XO.

I fully understand that XP is not open source, but why is it so fundamentally important that the OS be open source? It's not as if the hardware is open source, right? As long as there are no restrictions as to what can be put ON the OS, that's what ought to matter. Arguing about one OS vs another seems silly, and it strikes me that certain members of the OLPC community are letting their anti-MS bias get the better of them.

Part of the answer I got from Wayan, is telling (emphasis mine):

Many of us invested our hearts and minds into OLPC because it was Open Source and not MS. To switch a fundamental aspect of the program this late in the game is alienating all of us who are here because Sugar + XO = Education + Open Source.

XP on the XO can be educational, its just not the OLPC we signed up for.

Basically he argues my point: the anti-MS bias is overshadowing the larger goal.

As I've stated before, I am not a 3rd world child, and my primary purpose for buying the XO was to have another cool little wireless gadget on which I could surf the Internet.  That little experiment failed, largely due to the clumsy Sugar OS.

I just stumbled across this while looking at the Shared Pictures on my MySite:  Apparently you can filter any view on any list through the URL querystring by appending the parameters FilterName and FilterMultiValue.

Note that it does not work well if your list has folders, and though you can use Filter columns other than ID, you may or may not end up with a  "One or more field types are not installed properly" or a <!-- #RENDER FAILED --> error message.

This is not really a MOSS feature, best I can figure it's been baked into WSS since v2 (at least) - some documentation is here:

Using the URL to sort or filter a list 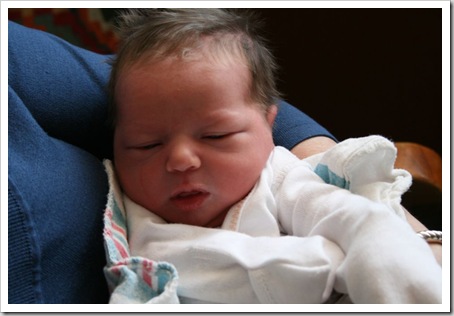 add.ictio.us (or please come back up, del.icio.us)

I guess I didn't realize how addicted I am to http://del.icio.us before it apparently went down this morning.

Bad Yahoo!, bad.  Please bring it back up. 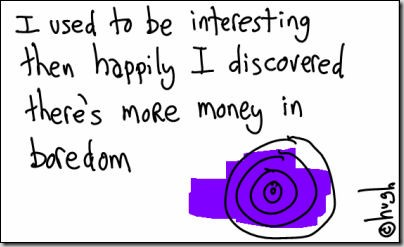 Spam: How do I love thee? 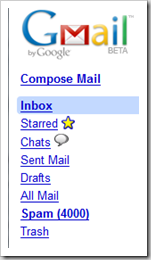 I can't imagine email without a (working) spam filter...

(Why is Gmail still a BETA?)

Spam: A new angle on the Nigerian scam: Calendar Events

I received the following in my Gmail inbox today - I hope Google catches on sooner than the rest of the spammers: I was going to post about how I'm now tempted to learn Python, since I signed up to be a beta tester of Google's new AppEngine.

I was thinking of maybe converting squrl.us to run on Google, cause, you know, I NEED that 5 million page views/month capacity for that application...

But, oops, what sweet, snarky irony:  the signup page for the App Engine that is supposed to bring infinitely scalable hosting for web apps is over quota...

So I sold my/Erik's OLPC XO today.  It's now headed for a better home in Mauritania, by way of North Carolina.  Maybe I'll jump back on the bandwagon when the Windows version comes out, it's a good program, and I liked many of the hardware attributes of the device, just not the Sugar interface.

VSS: How to Fix a Broken 'Working Folder' Structure

Changing this in VSS proved to be difficult: you have to edit each folder's working folder path.  P.I.T.A.

Then Kevin pointed me to my very own ss.ini file sitting on the server: